The best-ever one pot recipe that makes perfectly moist eggless chocolate cake topped with the creamiest and easiest Nutella Frosting. 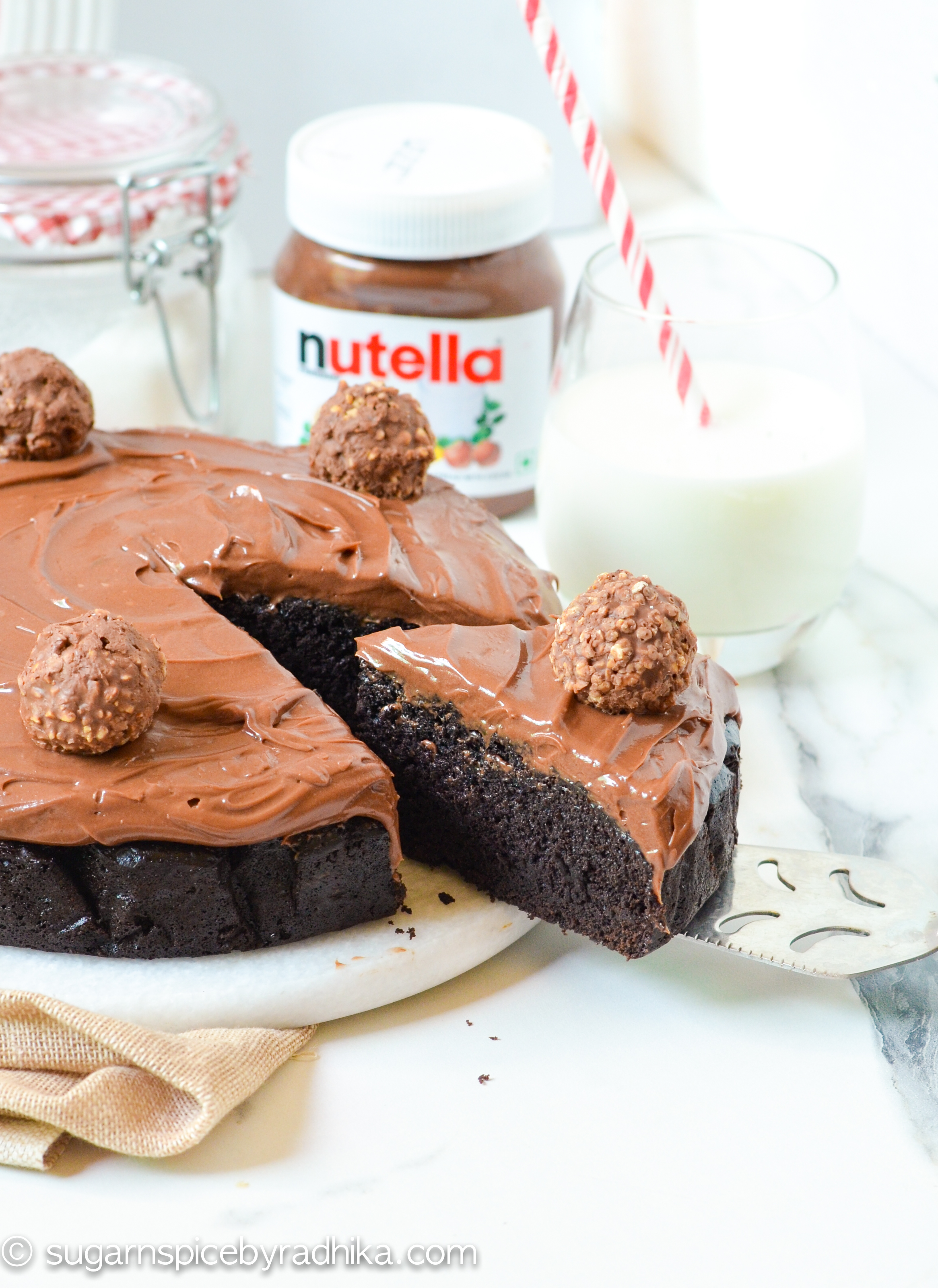 Hey guys, remember last week when I published the recipe for the BEST EVER CHOCOLATE CAKE?  Sooo many of you wrote to me asking for egg substitutes and an eggless version of that cake. So I did just that and tested an eggless version for you all. And can I just say that it was one of the best chocolate cakes I’ve tasted by far, I swear! I know I say that a lot about my recipes but it really is true for this one. This is the moistest, chocolati-est eggless chocolate cake you’ll ever have. And because I love you guys so much, I also did another thing. I did the bestest, creamiest, easiest Nutella frosting to top that star of a cake. Needless to say this cake didn’t survive a day! I don’t have a lot of chocolate hoggers among my family and friends but this one vanished like that! *snapping fingers* Anyone who tasted it was raving about it and I could not have been prouder. 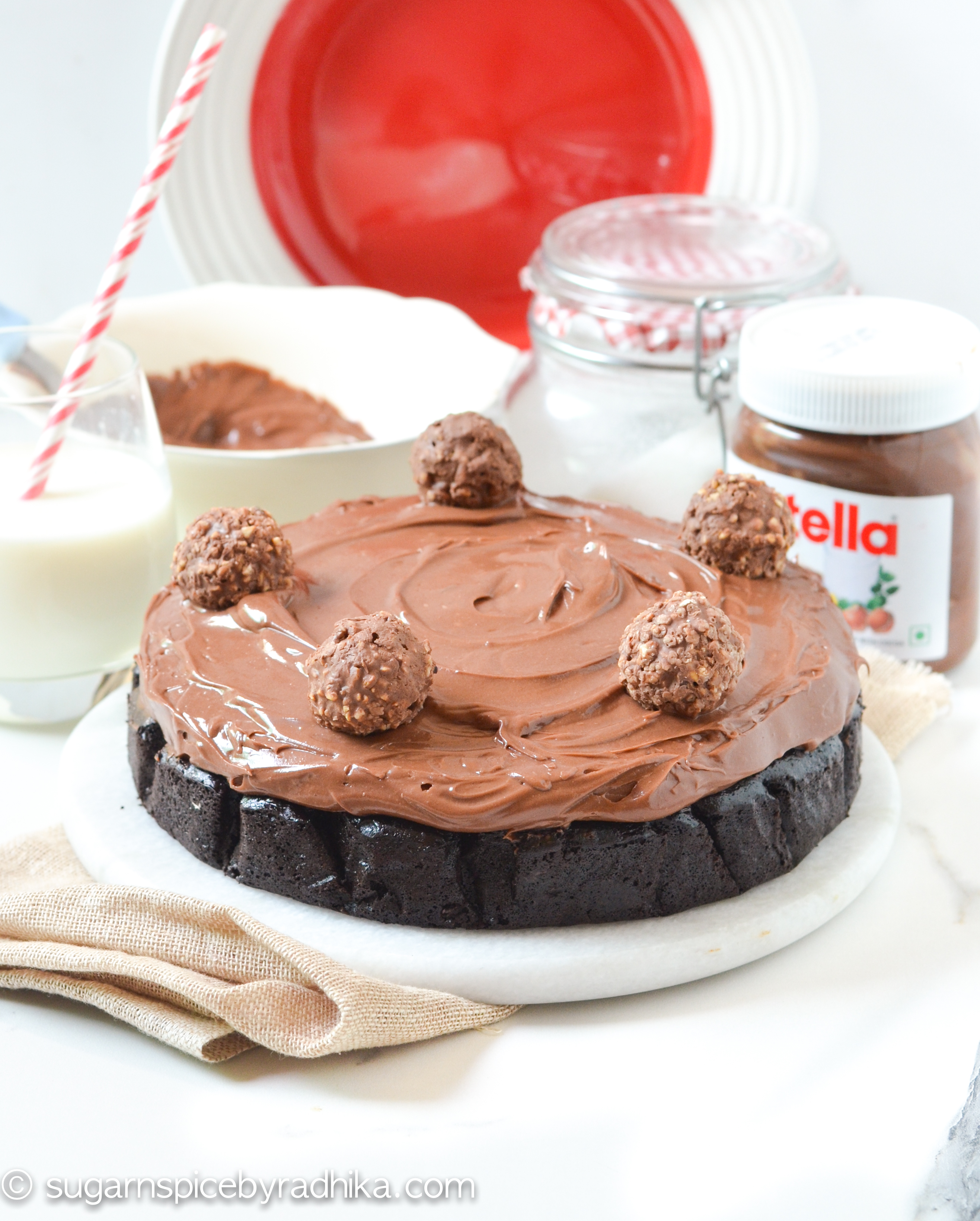 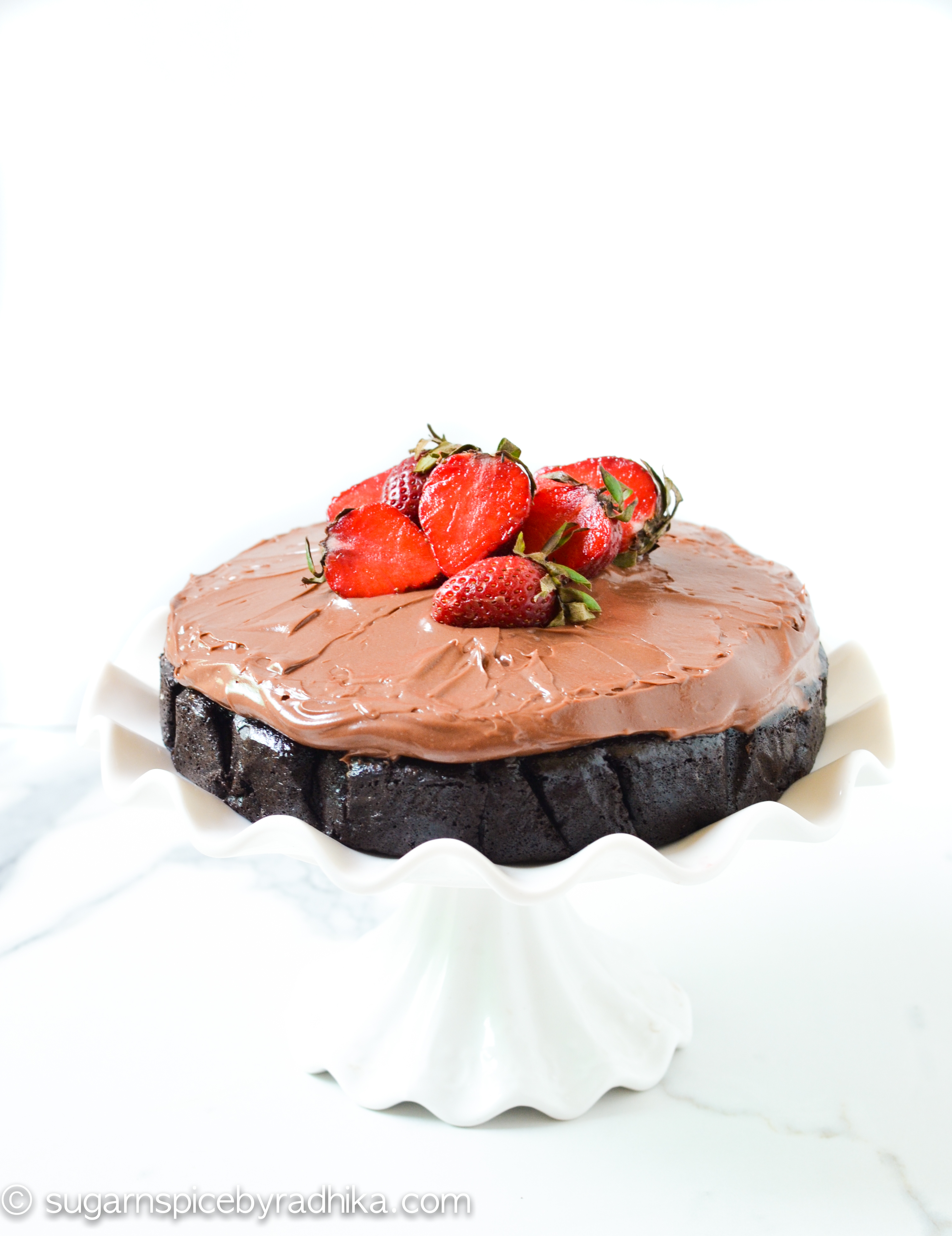 This chocolate cake is an eggless version of my BEST EVER CHOCOLATE CAKE. I’ve used many egg substitutes for cakes in the past but nothing has ever worked for chocolate cakes. I love using bananas but they mask the chocolate flavour so I use them only when I’m making a chocolate banana bread. But I’m happy to report that I finally found something that works sooo well as an egg substitute and that is Greek Yogurt. It makes the moistest cakes ever. For every egg that a recipe calls, you need 1/4 cup of greek yogurt to substitute it which is roughly about 80-90 grams. I’m so glad that I could master an eggless chocolate cake recipe because that’s something I reallyyyyy wanted to do. 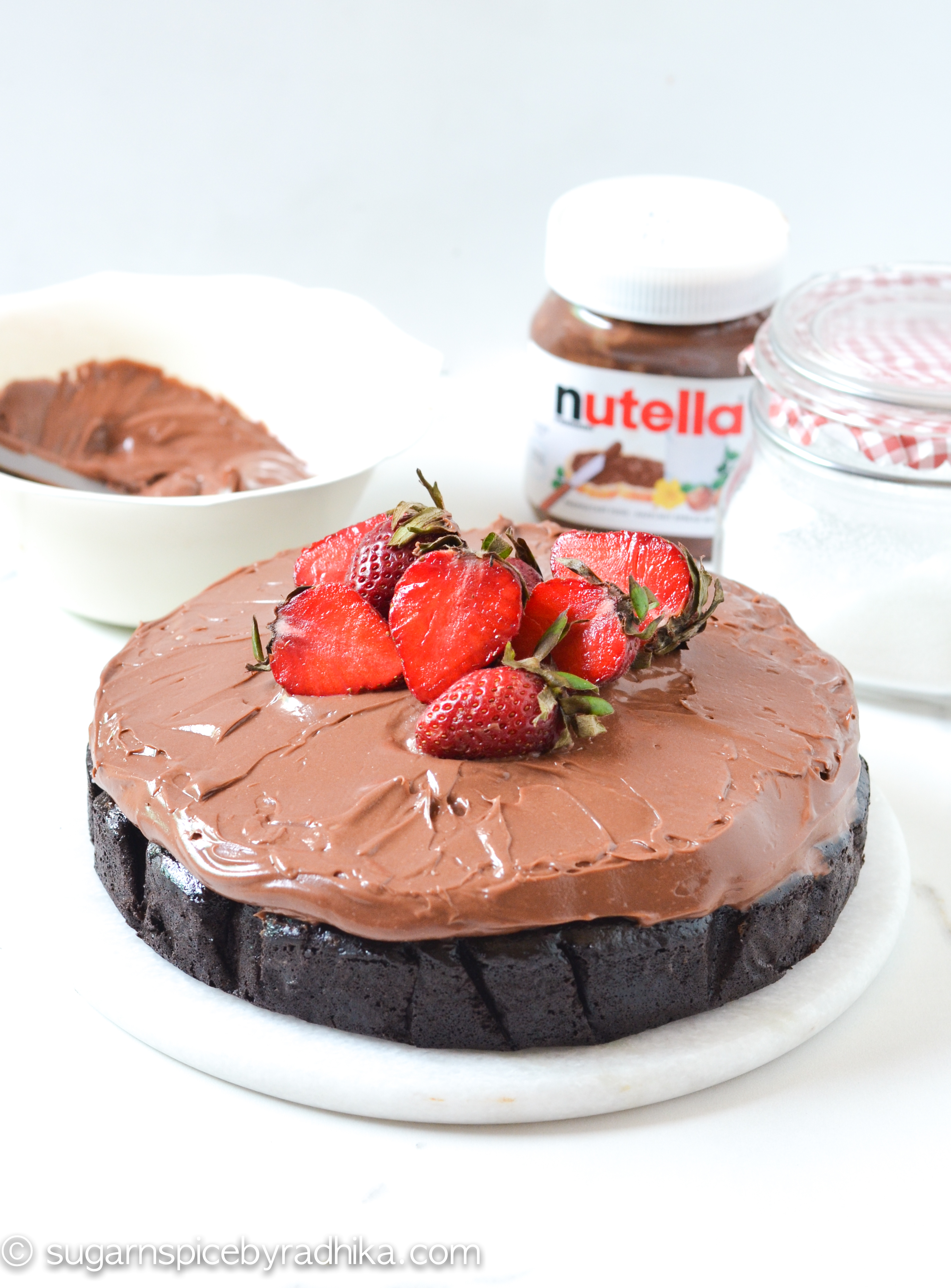 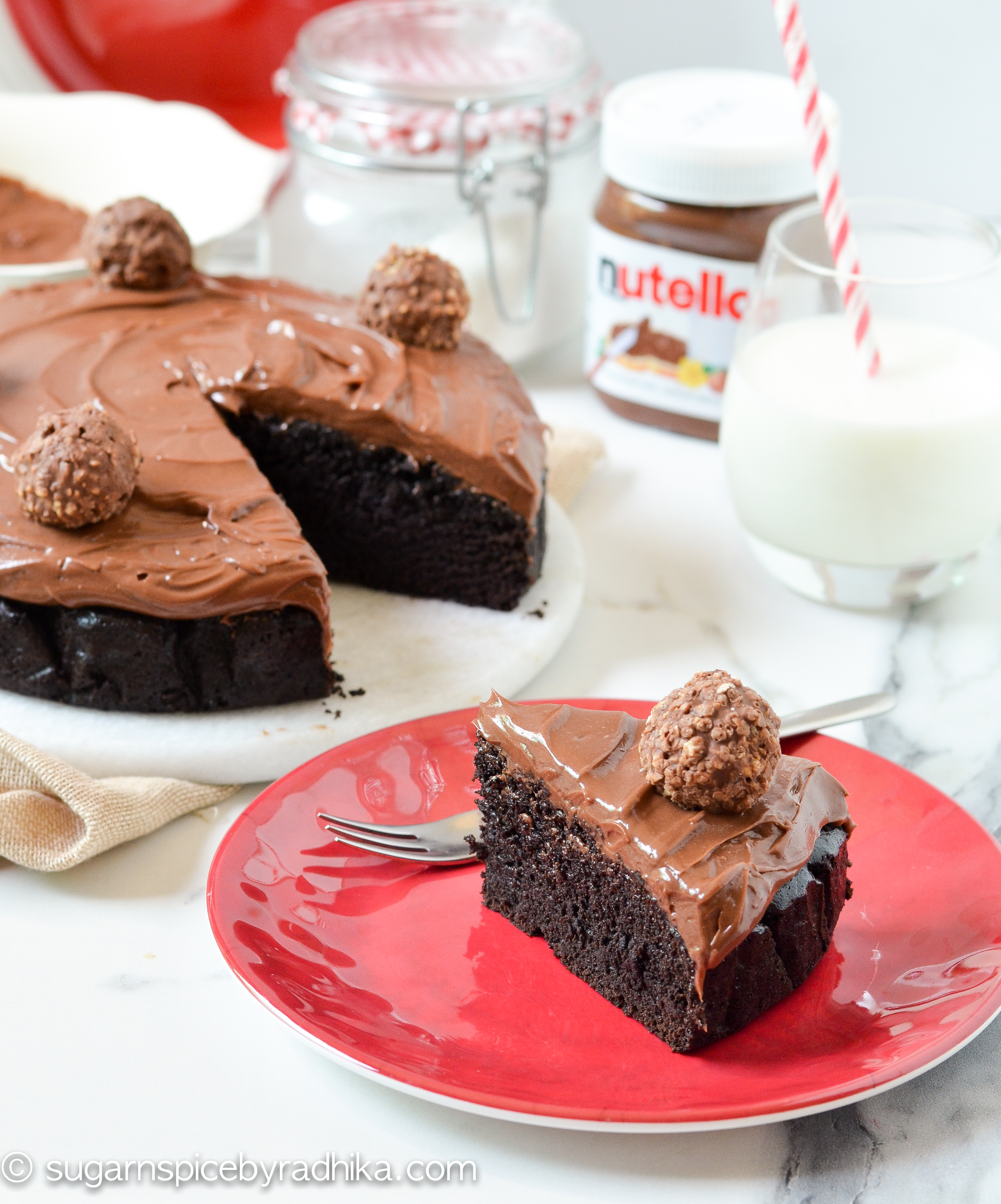 The frosting though is my favourite part about this recipe. As much as I love ganache, I prefer Nutella over it, as any sane person would. So I did the creamiest Nutella Frosting you can imagine and slathered my cake with it. If you dream of a chocolate heaven, this is your chance to be in it. I could faceplate this cake, and so would you, happily, I swear. I made this frosting with unsalted butter, whipping cream, and half a jar of Nutella. No complex ingredients and the process is simpler! You just have to whisk the butter and cream, add in the Nutella, vanilla and salt, and VOILA!

For the cake, I did a few things differently this time. I used an extra dark cocoa powder which gave it this really dark almost black colour (which I love btw). I also added some coffee to it. I was sceptical about it because I’ve had cakes turn bitter because of it in the past but it was perfect here. With the right amount of sugar, you can’t go wrong with it. In fact, coffee brings out the chocolate flavour and really intensifies that color. So try it out. Have a go at it and let me know what you think! 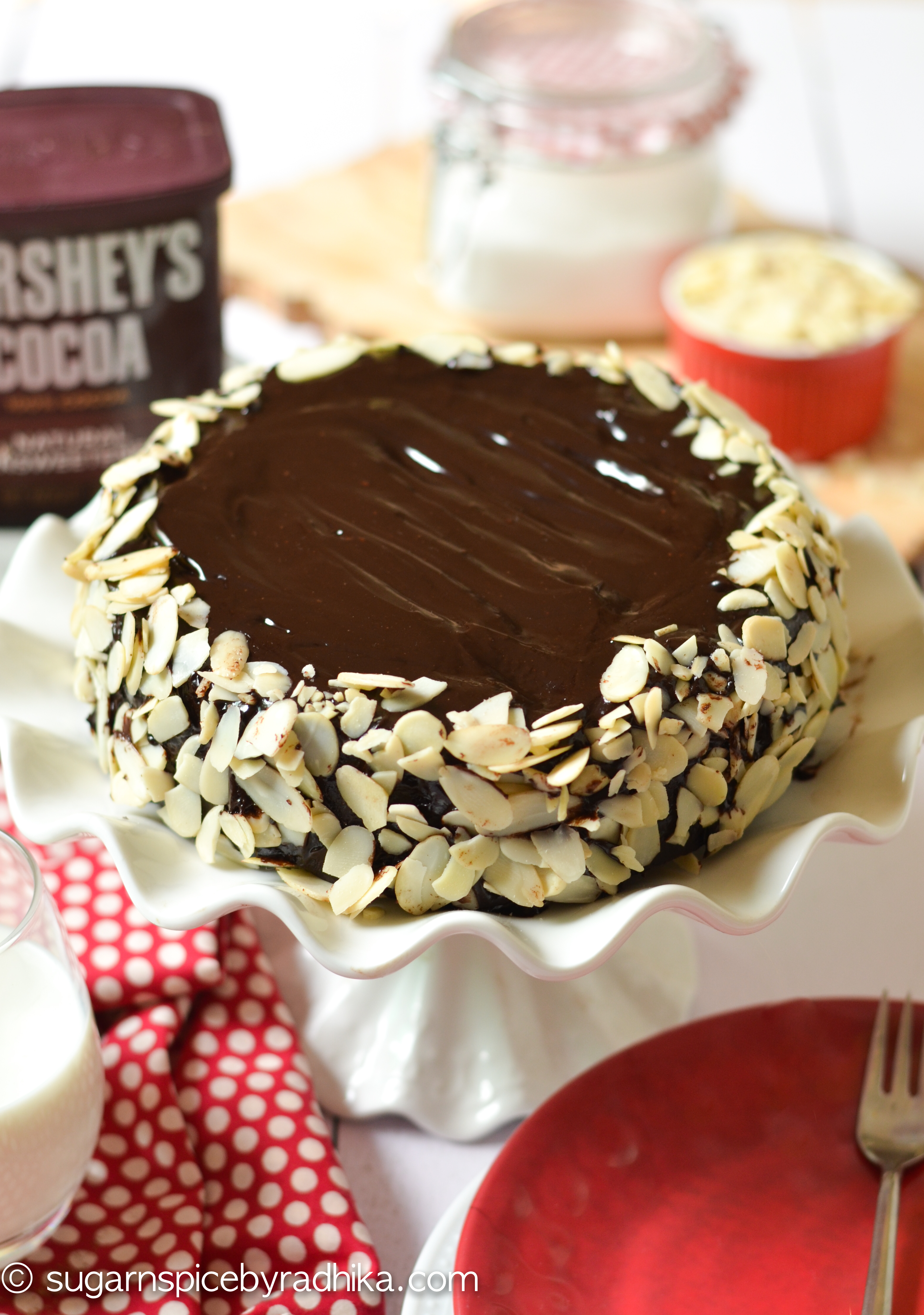 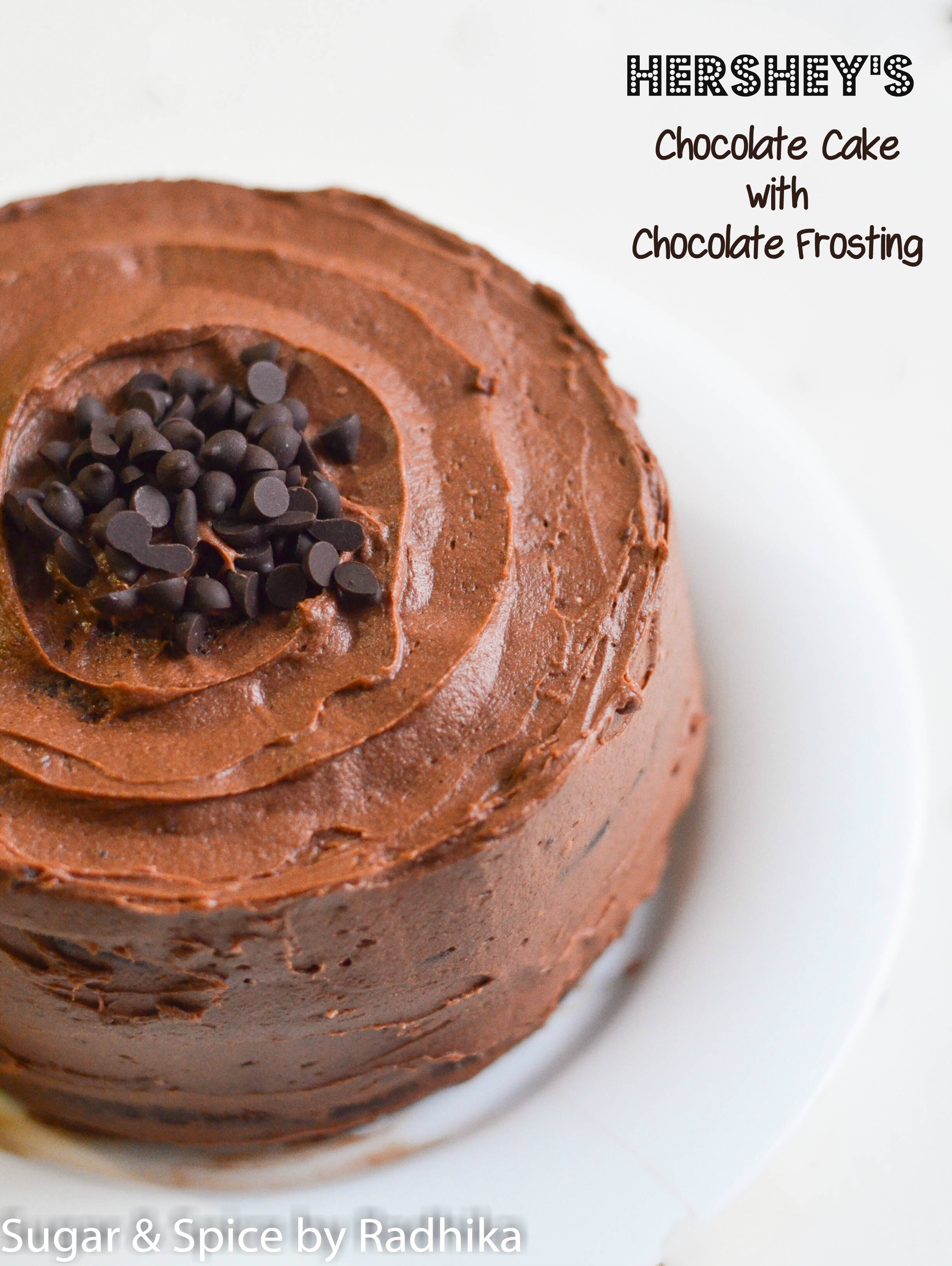 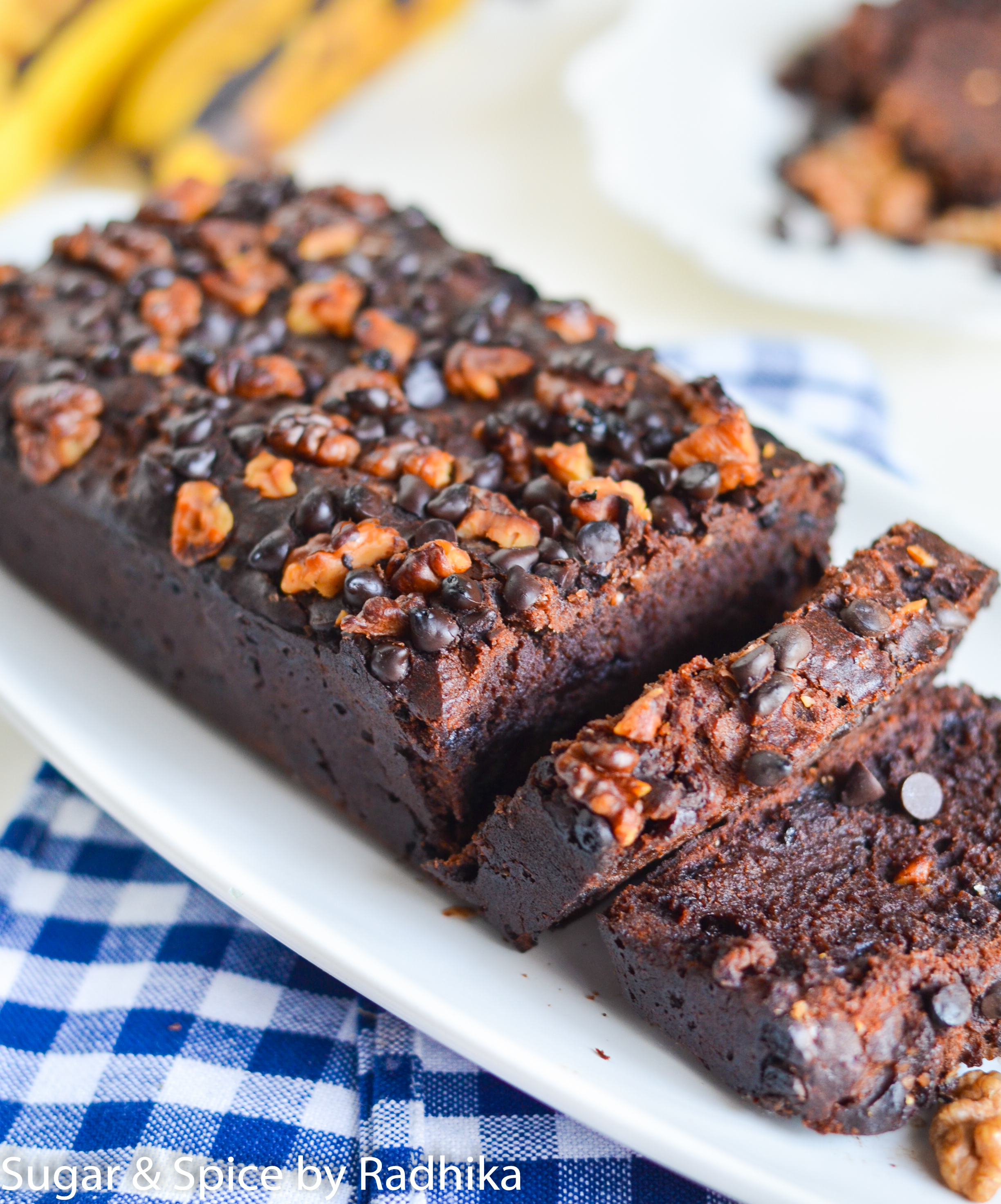 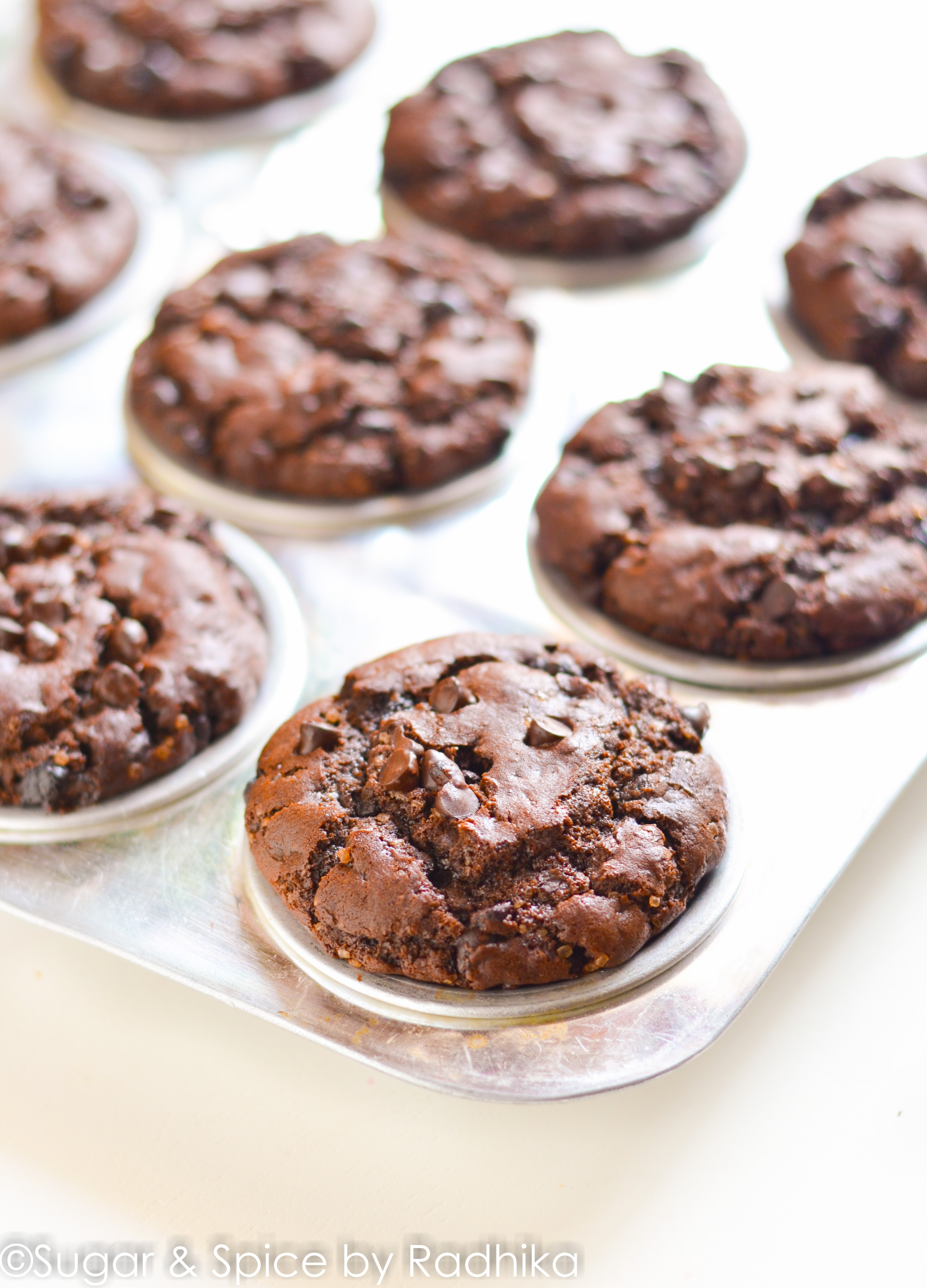 To receive recipes directly in your inbox, subscribe here.

​To receive recipes directly in your inbox, subscribe here.