My first attempt at making choux was an absolute success, the eclairs I made turned out so good so I thought I’d continue my lucky streak with choux and make some Nutella Cream Puffs too! These cream puffs are nothing but a mini and a more compact version of my eclairs. These mini puffs are so handy and serve as great tea time desserts. Who wouldn’t like these mini puffs on their high tea platter? I know I would! 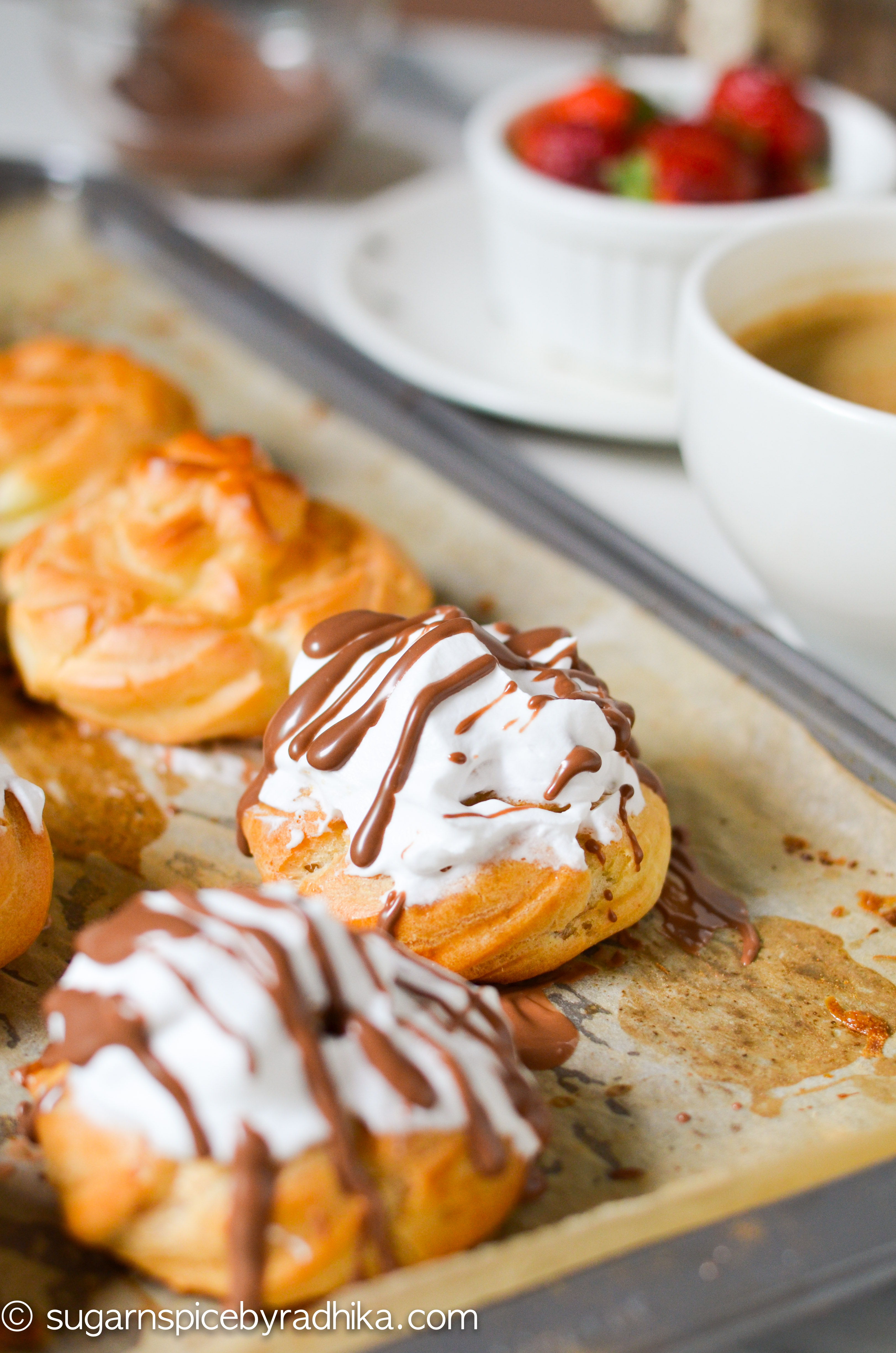 If you haven’t read my The Easiest Eclair Recipe blog post and aren’t really familiar with choux, then let me quickly explain what it is. Choux is a French pastry that’s made with flour, sugar, butter, water, and eggs. Vanilla is added to mask some of that eggy flavour and a teeny bit of salt to balance out everything. On its own, choux pastry is an almost tasteless, it has big air pockets and is almost (but not completely) bread-like. It has a nice and crunchy outer crust and a soft inside. Ideally, choux pastry of any kind eclairs, cream puffs, profiteroles are filled in the centre with some sort of filling. My choice of filling today is a creamy Nutella filling, because lets face it, who can say no to Nutella! If you want any of your recipes to go down well with everyone, I say put Nutella in it!

The rich chocolaty and nutty flavours from Nutella are dependably a hit. Try these Nutella cream puffs for your next high tea—I promise your guests will be left in awe! 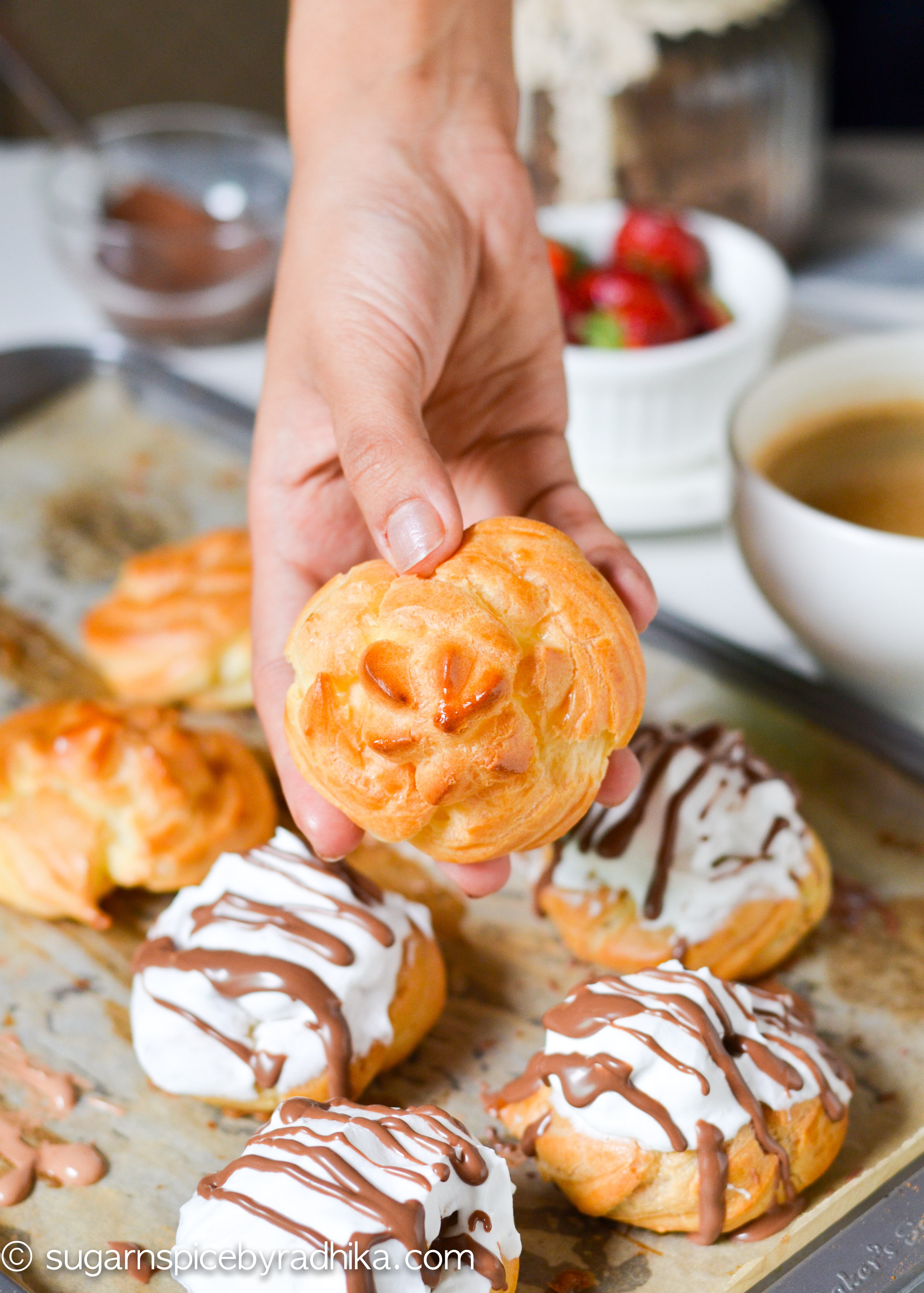 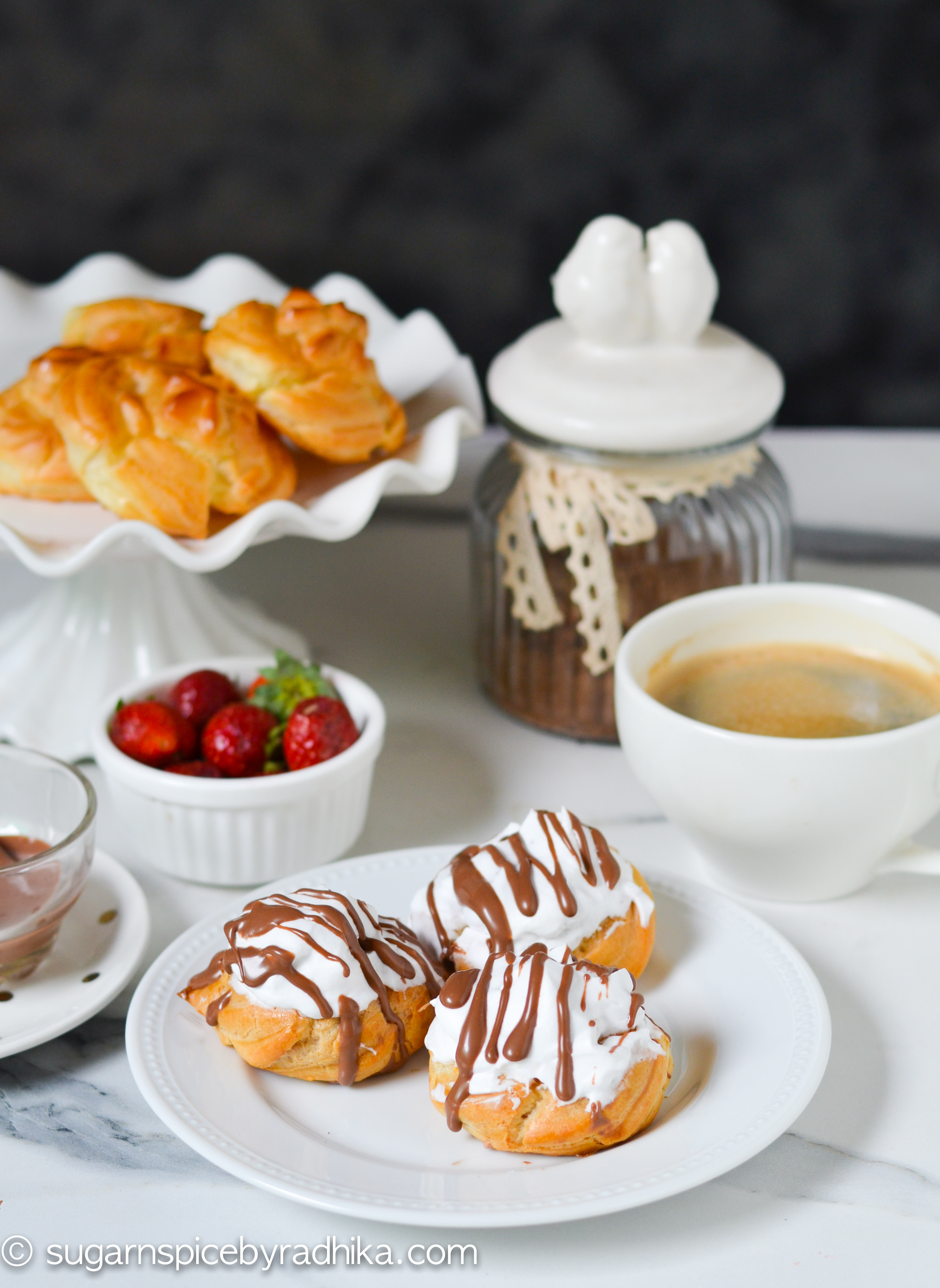 « The Easiest Chocolate Eclairs
How to do an Ombre Cake »

To receive recipes directly in your inbox, subscribe here.

​To receive recipes directly in your inbox, subscribe here.